Redhill Archers have been shooting on Wythall Park for over 48 years.  At the moment we have a full membership of 120 shooting members.  We are delighted with the indoor range which has been in use over 5 years – one of the best club ranges in the country.

Leading up to the National Indoor Championships held this weekend there were many members and visitors practising and with good results.

In the junior tournament awards are made by bow-type and age group.  We had 9 archers shooting and won awards in under 16’s boy recurve – Third and under 12’s barebow – Second.   All those taking part are to be congratulated. 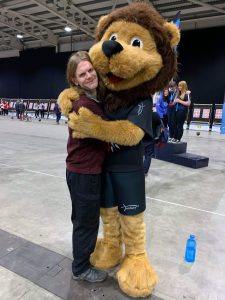 We also had two of our older juniors “doubling up” and shooting the senior championships on Sunday joining 3 other members. After shooting the qualifying round the tournament moves to a head to head, knock out format, but only one of our archers and one of our visitors got through to this stage.  To qualify you have to have one of the top 32 scores in each category.

No tournament is possible without the work party and judges and this year Steve Johnson, who joined Redhill as a junior member in 2000 qualified as a National Judge and was part of the team in charge of this event.

If anyone is interested in our sport do come and talk to us when you see us shooting on the Park so we can explain what it involves.

This website uses cookies to improve your experience while you navigate through the website. Out of these, the cookies that are categorized as necessary are stored on your browser as they are essential for the working of basic functionalities of the website. We also use third-party cookies that help us analyze and understand how you use this website. These cookies will be stored in your browser only with your consent. You also have the option to opt-out of these cookies. But opting out of some of these cookies may affect your browsing experience.
Necessary Always Enabled
Necessary cookies are absolutely essential for the website to function properly. This category only includes cookies that ensures basic functionalities and security features of the website. These cookies do not store any personal information.
Non-necessary
Any cookies that may not be particularly necessary for the website to function and is used specifically to collect user personal data via analytics, ads, other embedded contents are termed as non-necessary cookies. It is mandatory to procure user consent prior to running these cookies on your website.
SAVE & ACCEPT